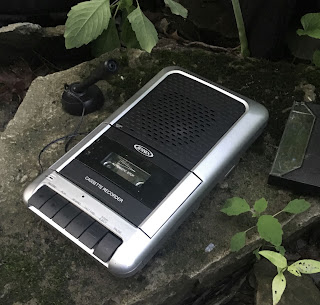 January 15, 2019
photo taken from Gray's Anatomy of the Human Body (public domain)        While at first it may seem out of place in a noise blog, often musicians, sound artists, and listeners alike overlook the most important part of any musical experience: the human ear. An incredible piece of machinery, this complex, multipart system creates the perception we know as sound simply from vibrations in the air, but how do we get from air vibrations to the visceral emotion elicited by a favorite piece of music or sound art? The answer lies in both physical conduction and neural sensation.         Though this information can be found in many textbooks, Peter W. Alberti’s World Health Organization (WHO) article, “The Anatomy and Physiology of the Ear” provides an in-depth look at how hearing works.         The human ear can be divided into three parts: the outer ear, the middle ear, and the inner ear. The outer and middle ear deal primarily with continuing the resonances of air vibrations, phys
5 comments
Read more